Why Are Men Still Paid More Than Women? 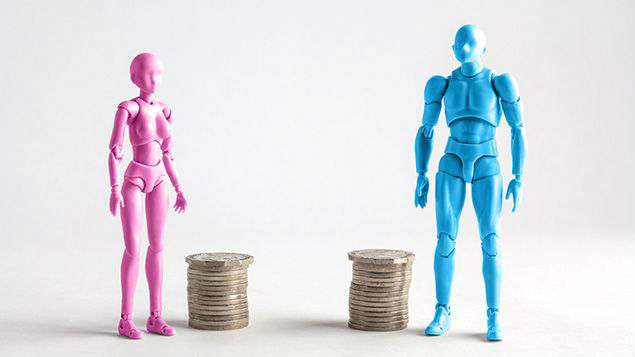 It’s important to note that this blog post is based on gender generalisation, there are many women who earn more than their male counterparts. The wheels of equality are slowly turning with some men starting to stay at home to take up the role of taking care of the kids, and women are now being afforded the opportunities to focus on their careers and chase their dreams; which is great.

According to research done by payscale.com between November 2017 and February 2018, in which about 2 million people participated; the gender pay gap has not decreased and it does not look like it’s going to be changing anytime soon.

Is it the level of education and qualifications?

No! Statistics show that more women graduate from tertiary institutions than men, however, this surprisingly still does not affect the pay gap that much. It seems that more men are in senior positions because we are still living in a patriarchal society. Most women work harder and support their families financially while less qualified men take much more money home than women counterparts do.

A 2015 report by the department of women also showed that while women outnumber men by a ratio of around 3:2, by the time they reach post-secondary education, women are less likely than men to enroll in higher degrees. Due to lack of support, most female graduates end up with no choice but to gravitate towards less financially lucrative fields.

And despite more women being enrolled at universities than men at the undergraduate level; because of family, cultural and financial dynamics, there are more men than women at the masters and doctoral levels – meaning there are fewer female academics.

The bigger issue going forward is how do we improve the gender pay gap? What work opportunities exist for women once they graduate? How friendly are the work environments women go into?

Does this happen in all industries and occupations?

Although this is slowly changing, but due to social and cultural stereotypes, men and women are generally conditioned and groomed to choose different types of careers. Men typically pick occupations such as a technician, maintenance, construction, engineering, programming, while women generally opt for administrative roles, nursing, teaching and child care, etc.

Also, because of family expectations and obligations, many women tend to opt for flexible hours or part-time jobs, while men generally gravitate towards the opposite and again this ends up with more men in top executive positions than women and thus affecting the gender pay scale.

Is it because women take maternity leave?

Yes, even if employers will not admit to this! It is extremely unfair but unfortunately, this is a huge contributor in this matter! This alone is likely the single most relevant reason as to why most women are paid less than men and why more men ask for more money.

It is believed, whether rightly or wrongly so, that when women take maternity leave they usually don’t come back to work, more especially if their spouse managed to get a pay raise during the pregnancy (which ironically is what motivates most men to ask).

It is also found that, if the new mother returns to work, she is likely to return without a salary increase, and work fewer hours than she did before because of her new-born responsibilities. Motherhood is a serious game changer and it affects a lot of women and the career choices they make from there onwards.

Is it because women ask for a pay raise less than men do?

Yes! Men tend to be generally bold enough to ask for a pay raise more often than women, and this is because most men are supposedly tasked with the responsibility of providing financially for their family. But we know that this is not necessarily true! Many women are now the breadwinners for their families and have also decided to put their careers first. So, why is this still viewed in this way?

So, where does the real problem lie?

The real problem is the mindset! It’s the way women have been conditioned to think themselves inferior, which unfortunately affects their behavior and results in the workplace. We, women, need to really look at changing the way we think, feel and look at ourselves in the workplace.

Self-worth, or the lack of it, plays a huge part in gender pay rates. Most men earn more than women because they have the self-belief, self-assurance, self-worth and the boldness to ask for more. Our deservingness as women has been eroded in many ways. Most of us women were subconsciously conditioned to settle for less, in many life areas; especially in finances.

Growing up as a little girl, how many times were you denied the same things that your male siblings were entitled to? We grow up being told ‘NO’, you can’t do this, you can’t have that, good girls don’t do this, it is greedy to have that much or to want more money and these became subconscious programs we operate from in life. Unfortunately, though we are now grown women, these programs are still at play and are responsible for keeping us earning less than men.

Whether you have an inferior or superior mentality, you will always act in line with your mindset. It is said you are what you think and that’s not just a saying – it’s true! If you think you deserve to be paid more, you will ask for more. If you don’t feel worthy, or you don’t believe you’ll get what you want, you won’t even bother to ask.  Why do something if you know you will fail? That’s how the subconscious mind works. Its primary function is to protect you from the hurt of rejection and as such, it will do everything in its power to stop you from being hurt. If you believe you will fail at something, your subconscious mind will do its best to stop you from doing it to ‘help’ you avoid the pain of failure. In its quest to help you avoid pain, it will do its best to keep you in your comfort zone, even though that zone is not working for you. Your mind will keep sabotaging you like this until you change your subconscious programming so you can get different results.

The time has come for us women to change our mindsets, recognize and acknowledge our worth and learn to be unapologetic about being women in the workplace! The argument about men earning more because they are providers does not hold water anymore. It’s outdated! The modern family dynamics have long changed and more women are assuming the role of breadwinners nowadays.

It is the women who give birth and yet it’s the men who ask for and receive salary increases for expanding families! This is absurd! More and more women are beginning to shoulder the responsibilities of taking care of families but the same women are still apologetic about asking for more money. Ironically, some of the men that shirk their financial responsibilities towards their children and families are the ones who have no qualms about asking their employers for more money because of family expansion!

Speaking at the Kgalema Motlante Foundation Initiative’s inaugural Drakensberg Inclusive Growth Forum; former SA statistician, Dr Pali Lehohla mentioned: “62% of new births registered in South Africa had no information on fathers” This is shocking and by no means the ideal situation, but it sadly shows us that more financial responsibility rests on the shoulders of women. So why are women still earning less than men?

There is a combination of factors that come into play in the overall pay dynamics which include; gender inequality, general responsibilities, the choices we make and personal obligations, perception of women in the workplace and women’s own perceptions of themselves in the workplace.

In conclusion, why men earn more than women cannot be pinned down to a single reason, but the biggest block, in my opinion, is the mindset. Unless we women change our prevailing mindset and begin to think of ourselves as worthy and deserving of better remuneration in the workplace, not much is going to change.

In an equal setting, it boils down to how you present yourself and sell your skills, experience, and self-worth when negotiating for a salary increase. Click here for help on mindset change and to learn how to develop the self-worth you need to ask for the salary you deserve.