LAWS OF THE MIND – Reversed Effect 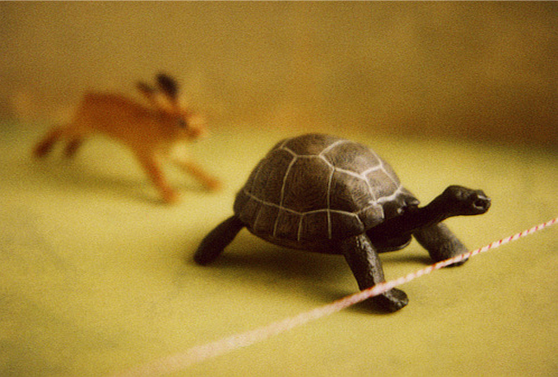 Have you ever wanted something so desperately and the more you try, the more it slips away from you? You seriously want to do it but you just can’t! Have you noticed how things seem to get harder when you try harder? Well, there is a reason for that – it’s called the Law of Reverse Effect!

A great example of this is sleep, which is an entirely subconscious process. Have you noticed that willing yourself to sleep or trying hard to fall asleep has the opposite effect? The more you force yourself to sleep, the more awake you become! So, what causes this?

It’s helpful to understand that the subconscious is infinitely more powerful than the conscious mind and it is your ‘inner protector’. Its primary function is to prevent you from getting hurt and it learns and remembers rules and behaviours in order to do this. These rules and behaviours are created from emotional responses to events which, more often than not, occurred in childhood.

There are many physical laws that we live by. For example; if you jump off a building, you’ll experience the effects of the physical Law of Gravity. Just as we have physical laws, there are mental laws. These laws are just as real and powerful, and we can use them either for our benefit or detriment.

If we do not understand how it works, the law of reverse effect can really get in the way of us achieving our goals.

You can try forever and still not get anywhere. This seems to go against everything that is logical, for surely the harder we try, the more we should gain, not lose! Right? Making gains from hard work is possible, but only once we’re in motion. The law of reversed effect creates resistance against getting started in the first place.

When we “try harder,” we gather our mental energy and push towards what we want. Often, that energy seems to bump up against some unseen resistance. The harder you try, the harder it gets. If someone tells you they will try, 99% of the time they won’t make it.

What’s your goal? Let’s take, for instance, a goal most people want to attain. You want to lose weight by following a new diet and exercise program. How easy is it to follow? If you’re like most people, it will be only a matter of time before you give in and eat even more than you were eating before you decided to go on the plan. It becomes even harder to resist your food cravings.

It’s the same with trying to stop smoking. What happens? The struggle gets bigger; cravings become unbearable. Addiction is a strong energy in motion. Trying to stop its motion by resisting it is futile. It will boomerang back at you with the full power of its forward motion—in reverse. This is why it’s almost impossible to stop an addiction using the will.

This law has a very strong effect on our self-talk too! Whenever we tell ourselves we mustn’t feel, do or think something, we do the opposite. “I must eat less today” usually brings with it a day of overeating. “I must not be anxious” usually causes anxious thoughts. Have you experienced how badly your eyes crave to see what’s not supposed to be seen?

Because we’re working with a subconscious principle here, trying harder won’t help, especially if you’re only doing it because you feel you should. “I should” to the subconscious mind really means, “I don’t want to,” which gives you even less forward movement.

On the other hand, when you say, “I’d love to do it” instead of “I’ll try,” you bypass the fierce resistance. Of course, there will always be resistance when you start a new pattern of energy and get it moving. However, another law of the physical universe soon kicks in that says an object in motion tends to stay in motion. Once you put a new success habit in motion, the Universe will help it stay in motion. It’s just the beginning that can be a challenge.

So, what is the solution? How do we get past the law of reverse effect?

Understanding the dynamic in the first place helps us to avoid struggle and frustration. When we’re prepared to take on something new, with all its challenges, it will be much easier to handle. Expecting the backlash and jumping over a wave is easier than hitting it head on. We take two steps forward happily and when the one-step-back occurs, we accept it as the way things are and stay true to our course.

Desire is a strong energy and can cut through resistance like a sharp knife. Desire by nature brings with it a strong motivation. You can’t even get out of bed without desire! How much motivated are you to get to out bed in the morning of your vacation when you know you’re going to have a great day at the beach than when you have to go to work? Where there is no desire, there is no motivation. We subconsciously avoid activities for which we lack desire and keep putting them off forever.